Tuesday Roy and I drove the 90-minute ride to visit his parent’s graves at St. Vincent dePaul Cemetery #1 in Uptown New Orleans, Louisiana. New Orleans is where we grew up and lived the first 10 years of our married life.

It’s been a long time since we visited their graves. We set out from home at 9 am and stopped along the way to see the house and neighborhood that Roy grew up in on White Street in Metairie (the city next to New Orleans.) The street looks pretty much the same and the houses too. Other than some updates to houses and yards it could have been back when Roy and I were dating. Although it was totally renovated when it was sold after his parent’s death, we saw today that it wasn’t in the best of shape and needs a lot of maintenance.

Roy’s best friend growing up, Mike Brauninger, lived next door at this house. 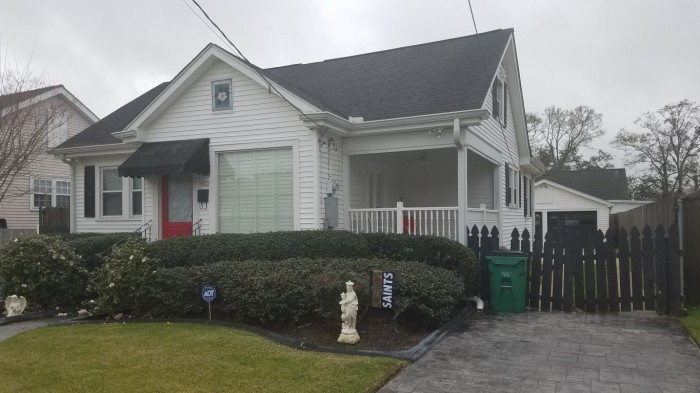 Looking down White Street from in front of the church next door.   Roy and I both lived in the same home all our lives.  His on White Street in Metairie and mine on Milne Street in New Orleans.

When we left White Street in Metairie we went to uptown New Orleans near Soniat and Loyola. That is where Roy’s mom and dad’s graves are at St. Vincent dePaul Cemetery #1 in Uptown New Orleans, Louisiana. 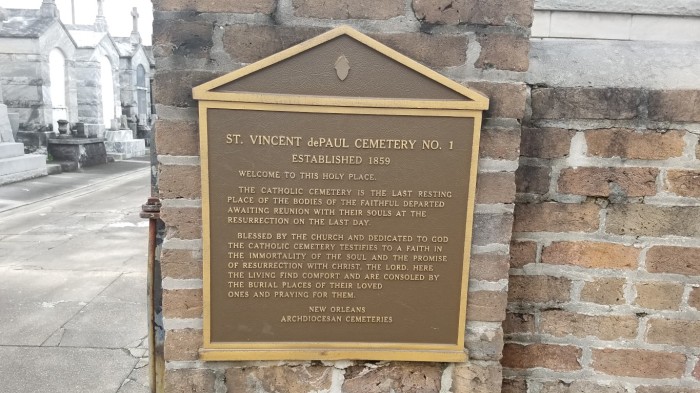 Roy’s parents are the last two names on the marble stone.

We didn’t know if anyone brought flowers recently so we brought some pretty silk flowers for the grave. They look like something Roy’s parents would like. They are both really missed.

Our morning in New Orleans included going by the home I was raised in on Milne Street. This is the I-10 exit to our home. 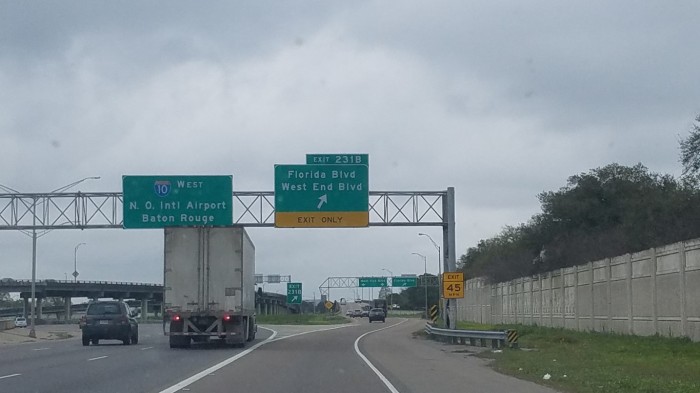 This is the tiny, 700 square foot home I was raised in! The empty lot to the left of our tiny home was where the house my grandmother, Mimi, lived. After Hurricane Katrina her house was torn down and our house was gutted and remodeled after being under water for two weeks.

My best friend growing up, Brenda Ellis lived in this house a block away.

Roy and I both noticed that the streets were still in deplorable condition, just like they have always been.

We ended the day shopping and enjoying some time at our favorite place, Sam’s Wholesale Club.

I took several photos while walking around the cemetery today and will share them in a separate post. New Orleans cemeteries are interesting, to say the least, so I hope you’ll check it out next!