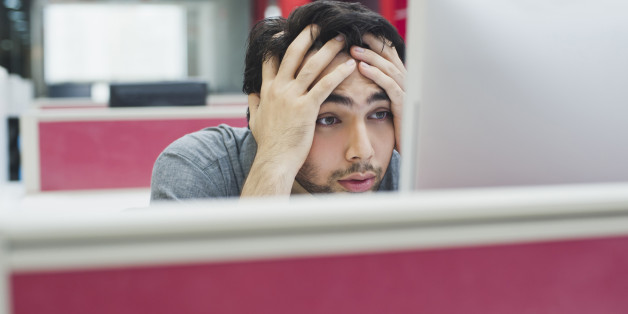 Wednesday, August 8, 2018 – We tend to think of stress as an immediate problem: The boss hovering over our desks; the mad dash to the subway at the end of a long day. And in the short-term, stress makes us feel irritable, anxious, tense, distracted and forgetful. But that’s only part of the story.

Over time, elevated levels of cortisol, the stress hormone, can chip away at our physical, mental and emotional health. The link between chronic stress and the potential for mental health conditions — such as post-traumatic stress disorder, anxiety, depression and other mood disorders — is well-established. But what kind of changes — both fleeting and lasting — are actually taking place in the brain when we experience a stressful event?

Stress could trigger a chemical change that makes you irritable

Many of us know that we’re not pleasant to be around when we’re stressed out — we may get irritable and grumpy. Under pressure, many people get distracted and forgetful and this could be a sign of the destructive effects of stress in the brain.

French researchers discovered an enzyme, when triggered by stress, that attacks a molecule in the hippocampus which is responsible for regulating synapses. When the synapses are modified, fewer neural connections are able to be made in the area.

“These effects lead subjects to lose their sociability, avoid interactions with their peers and have impaired memory or understanding,” a university press release explained.

Chronic stress can shrink your brain

Stressful life events could harm your brain’s memory and learning capacity by reducing the volume of gray matter in brain regions associated with emotions, self-control and physiological functions.

Chronic stress and/or depression can contribute to lost volume in the brain’s medial prefrontal cortex, which is associated with emotional and cognitive impairment. Researchers found that this is particularly true of people with a genetic marker that can disrupt the formation of synaptic connections between brain cells.

A 2008 study on mice found that even short-term stress could lead to communication problems among brain cells in regions associated with memory and learning.

University of California at Berkeley researchers found that the brain in a state of chronic stress generates more myelin-producing cells and fewer neurons than a typical brain would, resulting in excess myelin (an insulating layer of protective coating around neurons) in the hippocampus.

“The hippocampus is especially vulnerable to ongoing emotional distress, because of the damaging effects of cortisol,” psychologist Daniel Goleman wrote in Social Intelligence.

Stress can disrupt memory by triggering the brain’s threat response

While cortisol hampers the activity of the hippocampus, it increases the size and activity of the amygdala, the brain’s main center for emotional responses and motivation. The amygdala is responsible for fear processing, threat perception and the fight-or-flight response. Increased activity means we’re in a state of reacting to perceived threat, which can have the effect of restricting our ability to take in new information. It can also heighten emotional reactions.

“After a day when a student gets panicked by a pop quiz, he’ll remember the details of that panic far more than any of the material in the quiz,” Goleman wrote.

I can personally say that what this article is about is so very true.  When I was first diagnosed in 2011 and seeing the doctor regularly in 2012 I was under considerable stress from many directions.  The main thing the doctor told me was to eliminate the stress.  Unfortunately eliminating the stress was out of my control.  This was around the time that Roy and I decided to live full time RVing.  That was the biggest stress reliever imaginable and helped my brain deteriorating to slow down.
Now when I’m under stress my brain truly shuts down.  The best way I can think of to describe it is that there are less things going around in my head.  The things that are there don’t have a connection to either the next step or another thought related to it. I was hopeful when I started writing this that I’d be able to share more.  It’s just not happening.  So I’ll say good bye now.
Ya’ll come back now, ya’ hear!