Tuesday, October 3, 2017 – I wrote this really long, very informative full of pictures blog post about our time last Friday at the National Route 66 & Transportation Museum in Elk City, Oklahoma.  It was our last Route 66 place to visit.

I went after writing all that  outside to find some candy corn shaped rocks to paint and when I came back in there was not much left on the screen and I hadn’t saved.  Oh my!  Well I’ve reconstructed it as best I could.

This was all only one block from our RV Park.  This is where the tour begins:

After we paid our $4 (Senior) entry fee and looked around a gift shop, I see Roy climbing into a pink 1955 Cadillac!  For the last month we’ve seen lots of old cars and they all said “Do not touch or climb in.”  I thought Roy had lost his mind and tried to get him to get out!  Then I realize there is a sign that says “Step on the gas and watch a video of going down Route 66 in this Cadillac.”  Something like that. 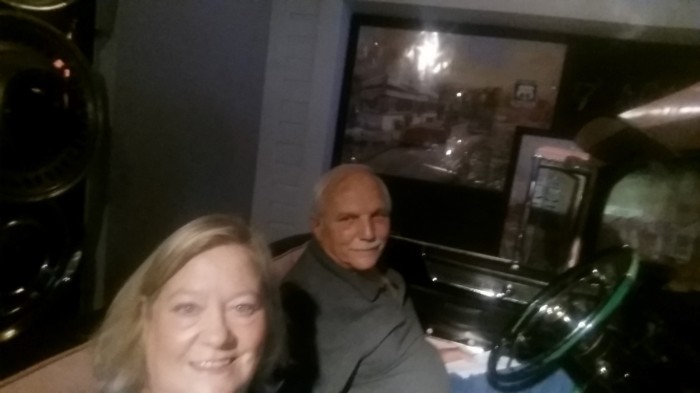 There was a room of Popeye and his gang memorabilia that just captured my heart.  This bench was really a cute addition!

Several other old vehicles were on exhibit and we saw those before going on to the actual museum in a second building.

When we walked around one corner and there sat the same year and color Corvette that we owned before we had kids, my eyes got so big!  Very cool experience for us! 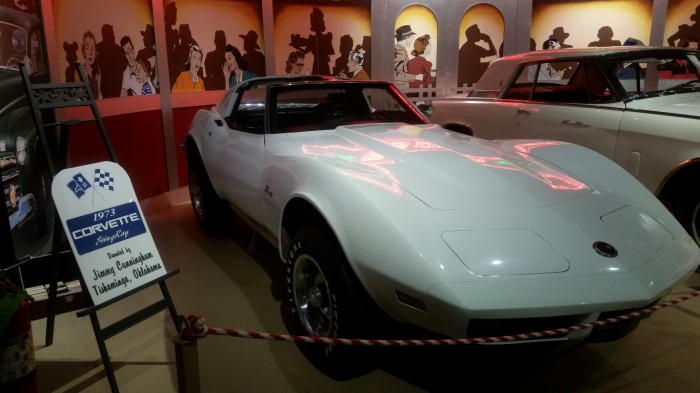 Our trip along Route 66 started in Williams, Arizona and all the major stops we made going east to Oklahoma City, Oklahoma.  Route 66 continues on to Chicago, Illinois but we’ve visited that area before so we headed to eastern Oklahoma.

I know, I know I said I wasn’t going to reconstruct it but here’s some of them!

The Old Town Museum is another museum in the complex. Early Oklahoma pioneer life is depicted as visitors wander through this grand two story Victorian house.

We owned a house in Hammond with a very tall windmill so they have a special place in our heart.  We saw several (none as tall as ours) in and outside of the Farm and Ranch Museum. 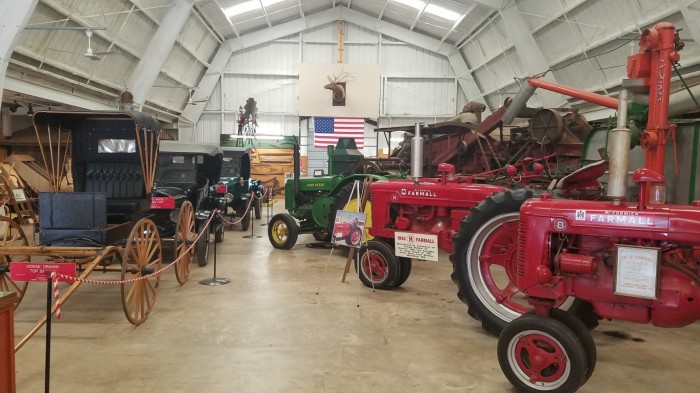 I caught Roy calling one of his girlfriends on this old-time rotary dial public phone booth!

The last museum part was an old town with replicas of a schoolhouse, opera house, doctor’s office and chapel, a bank, physicians office, railroad office, and more.  Look at the straight jacket in this old physician’s office! 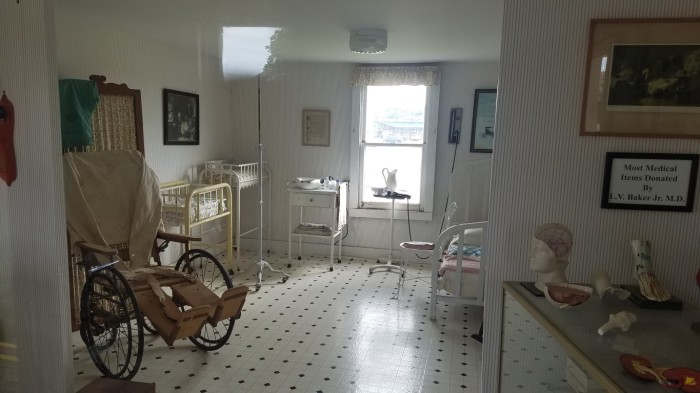 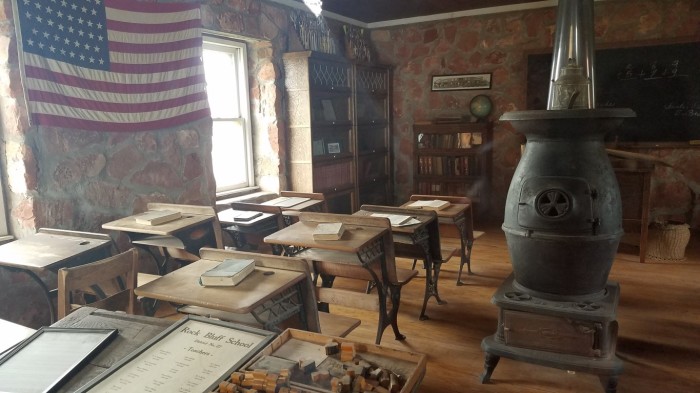 Look at the bank’s safe, it looks like a big truck tire! 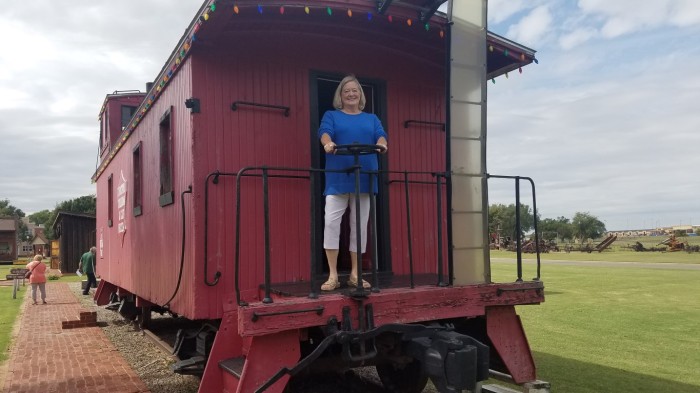 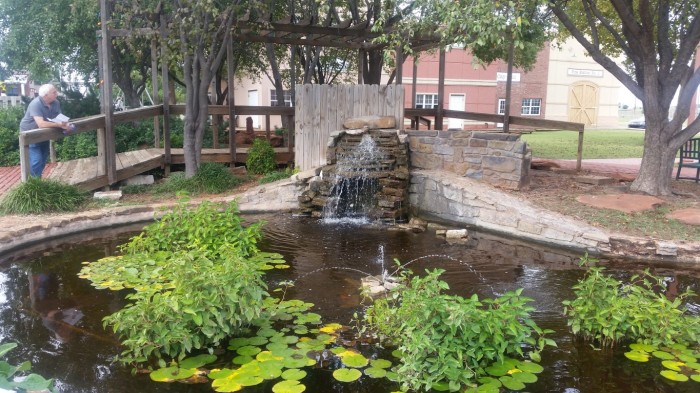 There were way more photos taken but I lost a lot of them the day after we went.  There was A LOT to see this day and most days recently.  We’ve mostly been very selective about what we go to on this trip.  My stamina and balance aren’t really great so doing things like the Grand Canyon I just settled for getting to see a little of it this time.  God’s world is so amazing that it does get overwhelming seeing so much out west.  I am thankful that we have been blessed to see so much of this country and recommend RVing state to state to all of you!

In between all of this fun and amazingly cool things to see and do I’ve begun having more odd brain issues way too often.  We are wrapping up this journey and should be home later in October.  This week we are in Checotah, Oklahoma where we stayed two years ago when the adjoining lake was flooding into the park.  This is a link to that blog post about all the flooding.  I’m going to take some pictures of how really nice it is here when it’s not flooding!

Next week we will be back in good old Shirley, Arkansas.  That’s where Roy met the great remote flying guys, I found all the rocks my little heart could ever handle and we got to eat the most amazing BBQ three times.   We will do all three of those things again this visit!  John and Barbara Tate, if you would like to come us or meet us halfway for another visit we’d love it!

From there we’ll make our way back to Amite, Louisiana and give Dora and Boots a rest for a good long time!