Tuesday, October 6, 2015 – I am about to burst wanting to share the Grand Canyon with ya’ll but first I need to wrap up all we saw in Las Vegas on the strip.

The last post ended with enjoying our time at Sprinkles Cupcakes.  From there we went to Caesar’s Palace which is the largest, grandest place on the strip.  Big gawks at this one!  Here’s some pictures of SOME of the outside which covers at least three city blocks. 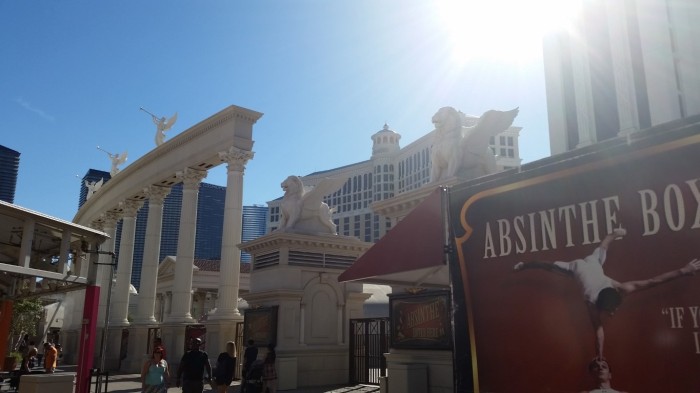 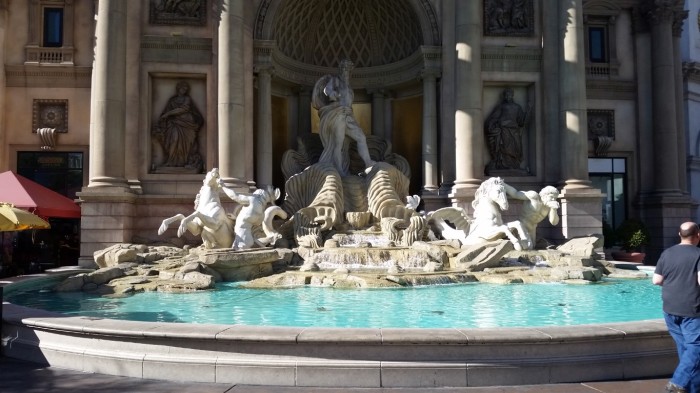 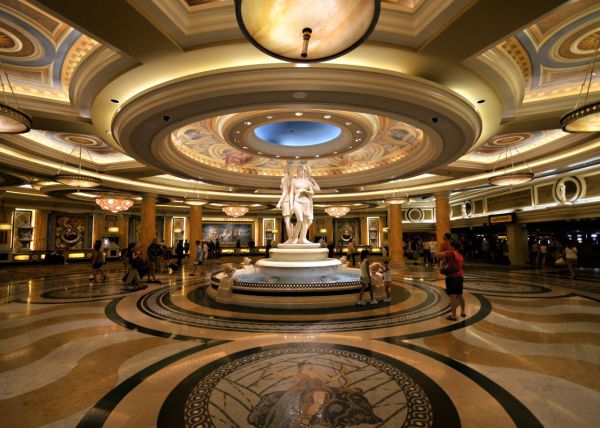 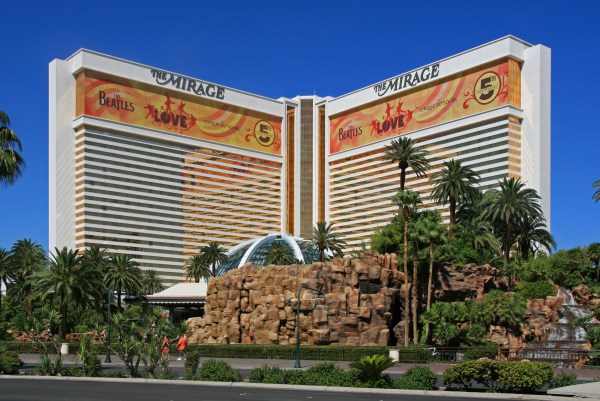 Panoramic photo of the aquarium behind the check in desk!  Click on it to see it full size! 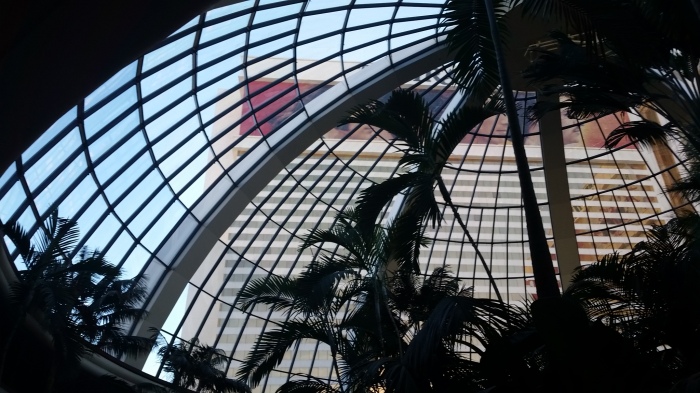 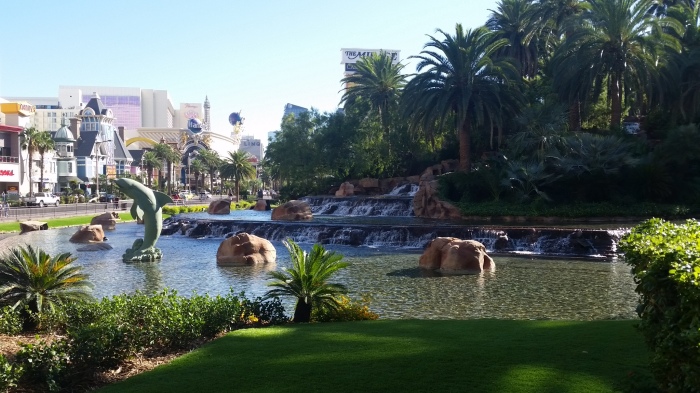 VENETIAN  CASINO AND HOTEL – Delightful place!!!  Indoor and outdoor waterways with gondola’s going up and down the waterway singing songs and delighting their passengers!  There are living statues that look like stone statues (until they move, blink, flinch or whatever and scare the dickens out of you), costumed musical troupes while strolling down the hallways, beautiful shops and just a carefree Venetian atmosphere.  The photos below are just a tiny representation of this casino.

Inside some of the casinos look just like you are outside.  The skies here outside are usually blue with maybe a few clouds so it’s hard to tell sometimes in a photograph which is inside and which is outside! 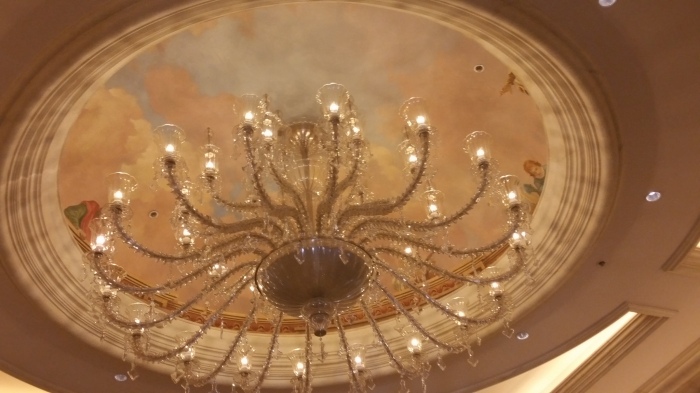 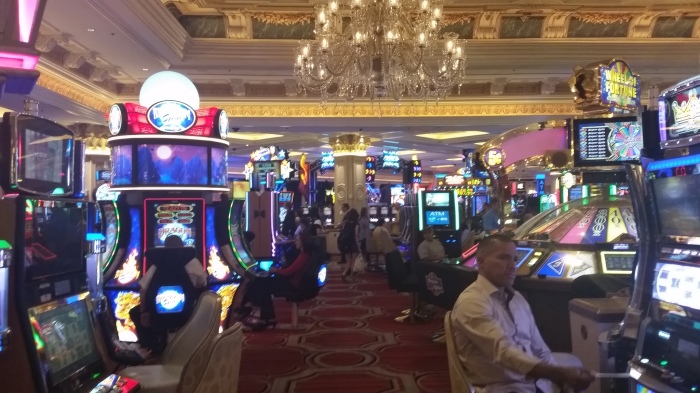 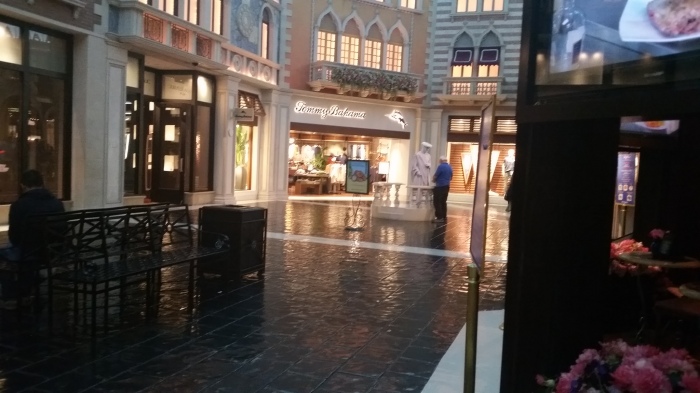 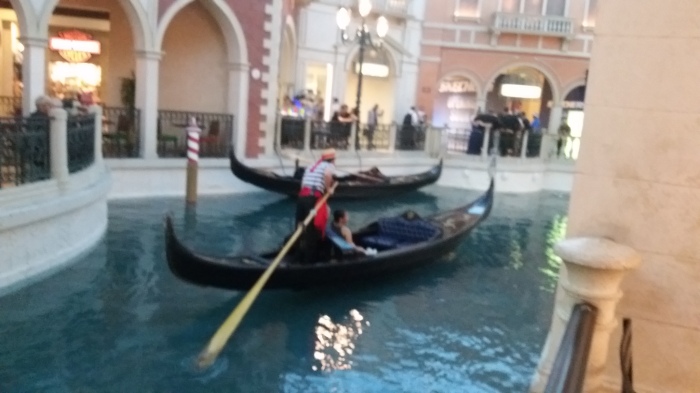 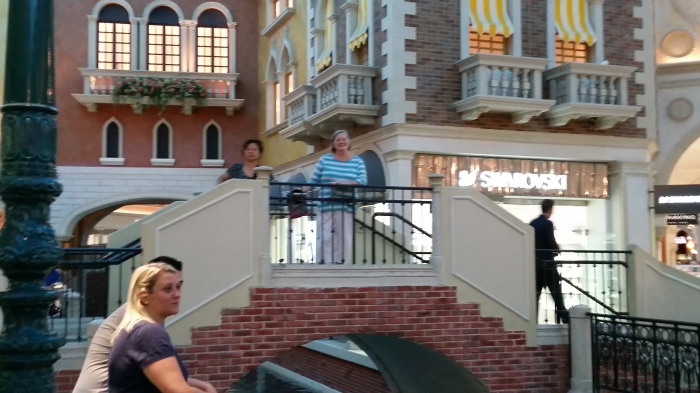 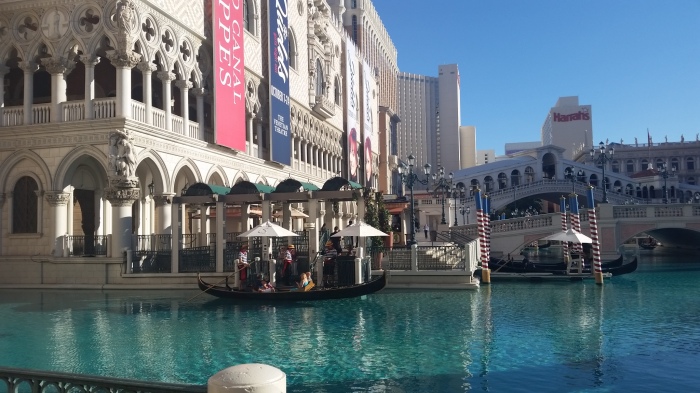 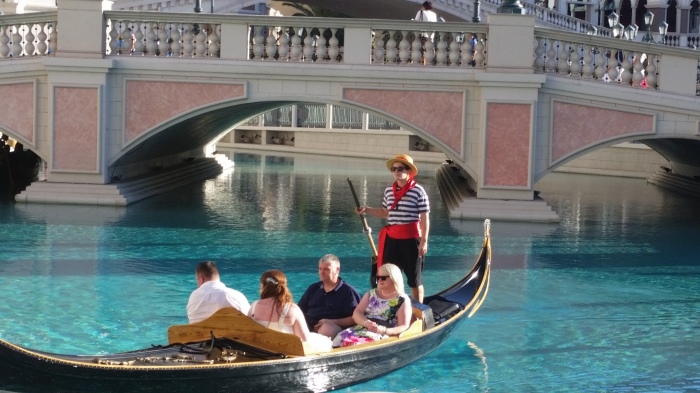 CIRCUS CIRCUS CASINO AND HOTEL  We were pretty worn out by this time so we saw a lot but didn’t get many pictures.  There is a short circus show on the second floor every hour or so.  We made our way there and rested while we watched the show.  Really cool show!

We ate at Circus Circus’ buffet which was pretty good.  Not as great as the one at Hard Rock Cafe Casino on the Gulf Coast but the price was good and it filled us up.

The sign below is what we saw when we left.  Kind of appropriate since we were exiting the Strip for the last time!

This concludes our stay in Las Vegas.  Now that we’ve also seen the Grand Canyon I have to say that I doubt God’s hand was involved in creating any of Las Vegas and the Strip but I know for sure His hands created every square inch of the Grand Canyon!