Tuesday, September 29, 2015 – Hoover Dam is a testimony to this country’s ability to construct monolithic projects in the midst of adverse conditions. Built during the Depression; thousands of men and their families came to Black Canyon to tame the Colorado River. It took less than five years, in a harsh and barren land, to build the largest dam of its time. Now, years later, Hoover Dam still stands as a world-renowned structure.  Hoover Dam, once known as Boulder Dam, is a concrete arch-gravity dam in the Black Canyon of the Colorado River, on the border between the U.S. states of Arizona and Nevada.

Okay, that’s what I found on the internet.  I have to admit I don’t know much other than that but what we saw was really cool!!

We saw some nice scenery on the way there as we got into a very mountainous area. 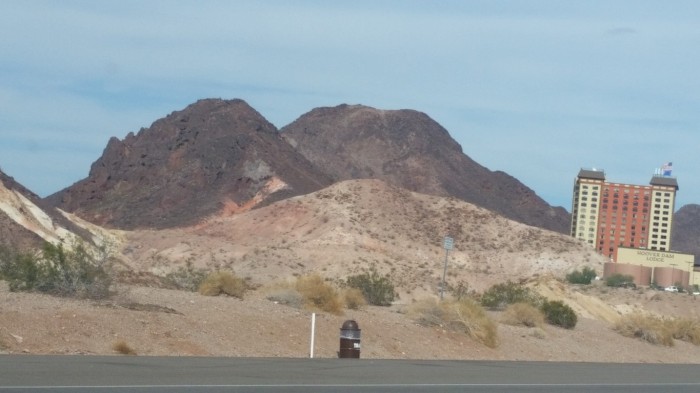 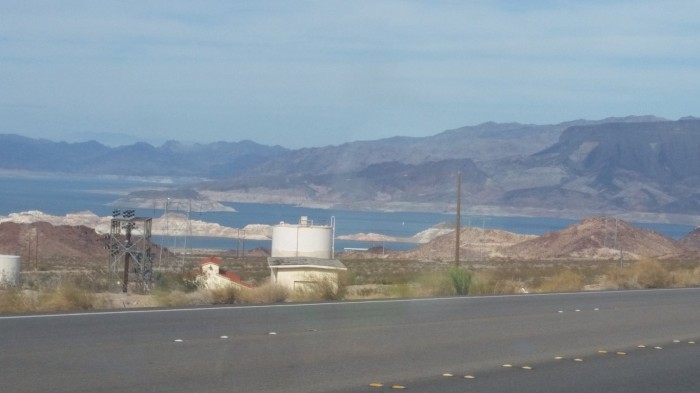 We stopped along the highway at a place where we could walk along the highway over the area where the dam is located.  You could see a lot from there and it was extremely windy walking across.  This bridge goes across the Nevada / Arizona border which is also where the time change from Mountain Time to Pacific Time.

First the walk up to and from the bridge. 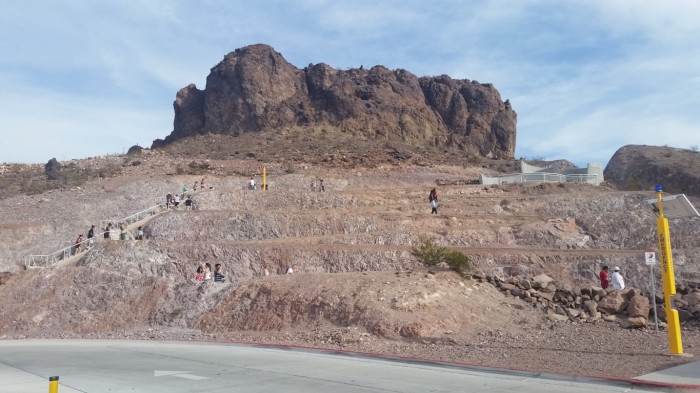 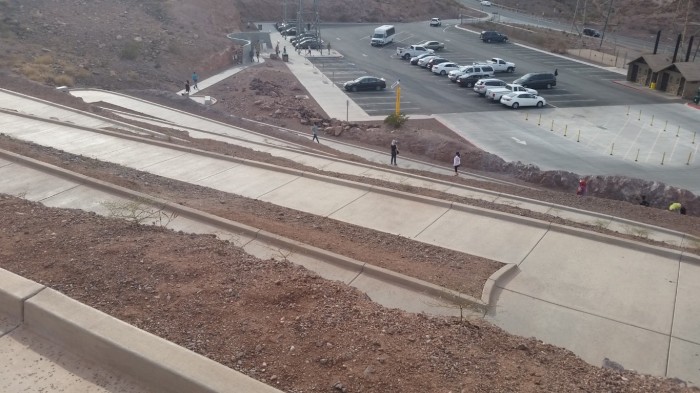 Look at the bridge and the beautiful scenery!  This was the  Mike O’Callaghan – Pat Tillman Memorial Bridge built in 2010. 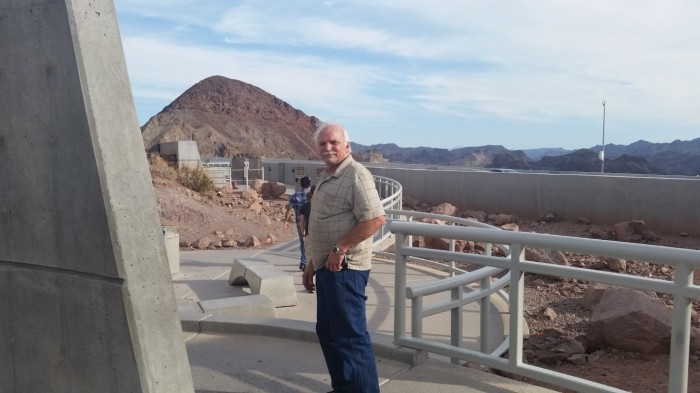 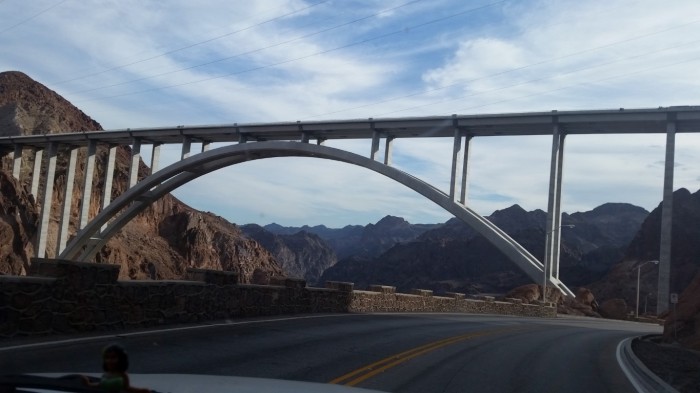 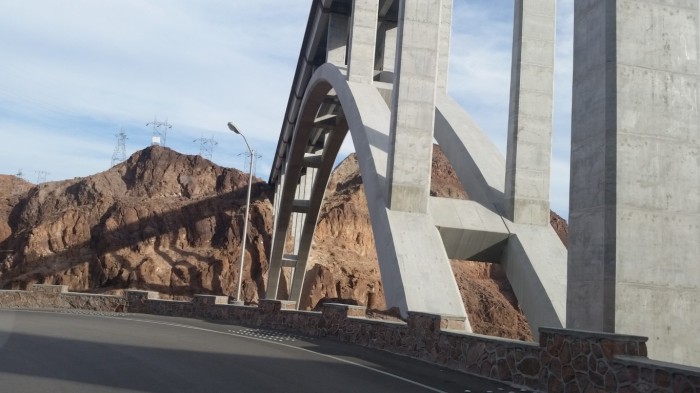 Nevada and Arizona welcome signs!  We lost and gain hour in the matter of minutes! 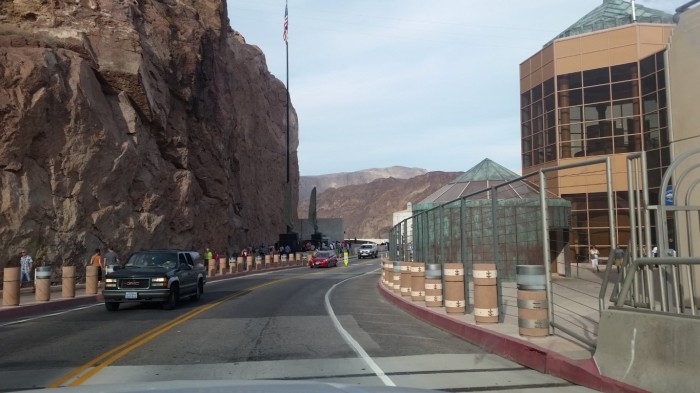 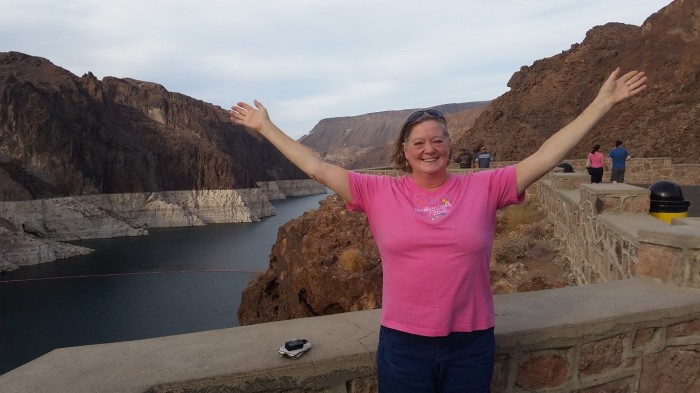 This one is a panoramic photo of the Hoover Dam! Click to open it!

Lake Mead National Recreation Area which is nearby. 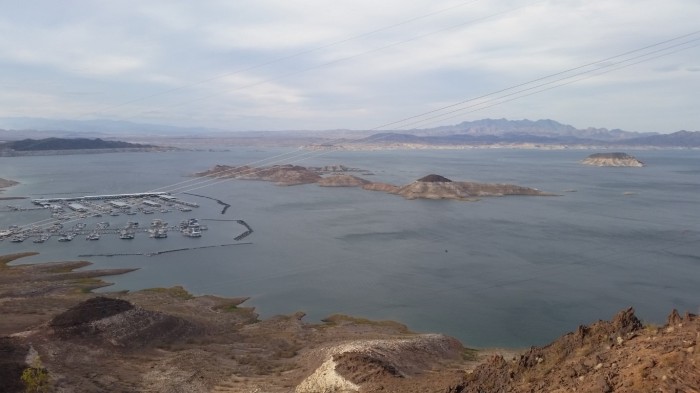 This was the  best part – people throw change over the side and we discovered where by looking over the ledge.  Here’s a bunch of coins and the second picture is Roy checking it out and trying to figure out how he could get to it!! 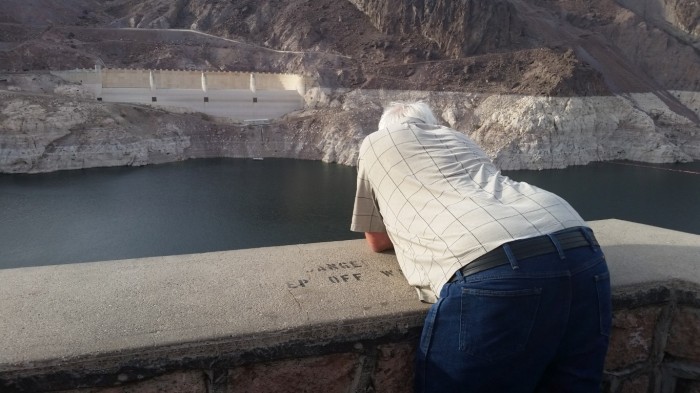 We’ll be  heading to the Las Vegas strip the next couple of days. You can imagine how much gawking we’ll do and how many pictures we’ll take.  Hopefully it will not take long to process all those pictures before we can share them with you guys!!