Roy gave me my Kindle as a Christmas gift two years ago.  I now have over 100 books on it with new ones added each week if not every day.  Having never had enough time in my pre-RV life to sit down and enjoy a good book, reading is now on the top of my list of things to do while also getting some resting time.

Sometimes I get stuck on the undercover operations world and can’t get into any other if there is another of that type novel waiting to be read.  I remember wanting to be a spy when I was younger so perhaps I’m vicariously living out this unfulfilled desire through these novels. My new favorite  writer is John Gilstrap, especially his Jonathan Grave series. He writes about the dangerous world of hostage rescue operations. His writing style, development of his characters and the exciting life and adventure of his main character kept me from putting each book down until I was finished.  I’ve read everything he’s written and can’t wait for his next novel, END GAME, coming out next year.  After exhausting all John Gilstrap had to offer I found another writer of somewhat similar undercover operations type novels named Brett Battles.  They are almost as good but he switches around so much in his writing from one situation to another that I have to think very hard to keep up with the storyline and who is doing what. It all ties in near the end but getting there is rough! If you know anything about my brain holes you’ll know this is hard for me to do.  I’d prefer a much easier to follow storyline.  I do think that reading is good exercise for my brain which justifies my reading habit somewhat!

I just asked for reading recommendations from my facebook friends and got a lot of great responses.  None of which I’ve read so I now have a new reading list heading into 2014.  At least after I read the 4 books I just got on Amazon today……..

There’s something about a book or book series that is set in a made up world like Hunger Games, The Host, Twillight that really catches my interest.   The writers of these novels certainly don’t have holes in their brains or maybe the unique ideas they come up with come out of the holes!

In case you don’t know what I mean by holes in my brain, that’s just what I call them.  I have dead spots in my brain caused by having multiple TIAs (Transient Ischemic Attacks or mini-strokes).  While I  now take medicine for my memory and to help prevent more TIAs, I can usually tell when I’m in a hole and only hope that the next thought will help me climb out.

I don’t enjoy medical books, biographies (I would read Billy Graham’s though), or historical books based on fact.  Historical books not based on truth but a possible twist such as Stephen King’s book titled  11/22/63 about what could have happened if a person went back in time to stop JFK’s assassination was riveting.  Karen Kingsbury’s 911 series is similar in that it could have happened to some victims on 9/11/01 but is fiction.  I especially love books that make me laugh or at least smile a lot.  Beth Hoffman, who was introduced to me by Jaala Ehrensing, wrote Saving CeeCee Honeycut but has only written one other book.  I couldn’t get enough of either book and then nothing……

I’ve also learned not to get into a book series unless all of the books in the series are already published.  I got all wrapped up in an Amish series that hasn’t ended and am now stuck wondering what will happen after the second book. This series is The Divine Secrets of the Whoopie Pie sisters – An Amish Christian trilogy by Sarah Price and Whoopie Pie Pam Jarrell.  Book one and two were so good but when I read book two in October of 2013 I realized the third book won’t come out until end of this January.  I don’t do waiting too well!

Roy has very little interest in reading so he’s not really sure why I love it so much but he knows it’s either I read or I talk to him all the time so he’ll vote for me reading all the time!

My Bible in both New Living Transalation and New American Standard versions are both on my Kindle. I find it easier to find scripture in my paper Bible in church so the Kindle is just used at home for Bible study.

My very favorite books of all times are not on Kindle and it’s such a loss to all who would just love them. The books are “Papa’s Wife” and “Papa’s Daughter”. The part of the book I will always remember is that Mama would polish each of her children’s shoes every Saturday evening, in preparation for going to church Sunday morning.  She’d think of something each child did that week and say a special prayer for each one as she cleaned their shoes.  This impressed me so much that even though I didn’t have as many children as she did I always cleaned my two son’s church shoes each Saturday night and pray for them then.  I read a review which kind of gives a summary of the book and why it is so beloved.

“Set in Sweden, an eighteen-year-old girl comes to work as housekeeper for the parish’s confirmed bachelor pastor, and determinedly sets out to marry him. With head still spinning, the newly-married man of God finds his life (as well as his lovely home and fine furnishings), turned upside-down, often with hilarious results. As their family grows, so does Maria’s determination to move them all to America with which country she has fallen in love. A wonderful, amusing love story, and proof-positive that once a woman has made up her mind, it is best to capitulate right away. An amusing novel which shares the ups and downs of family life, complete with it’s joys and sorrows, founded on faith and love. A definite “warm, fuzzy-feeling” kind of novel”.

Books can open our minds to the world ….. 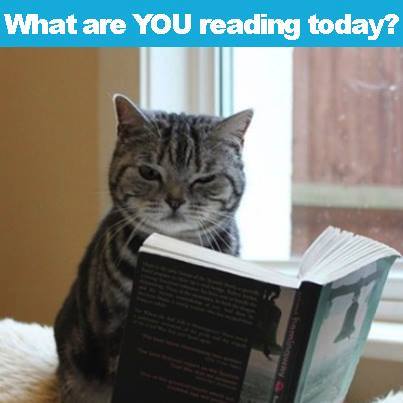 Happy reading to everyone! Ya’ll come back now, ya’ hear!