Roy started feeling better so we went to the Louisville Slugger Museum and Factory.  They manufacture baseball bats and many of the major league baseball players have their bats made there.  The factory/museum is in downtown Louisville, Kentucky which is about an hour from our RV park.

They do not allow cameras in the factory, which is what I’m finding at most of the factories.  The tour took us from where the bat is just a round piece of wood to a specialized bat made for a specific player.  We did sneak our camera out to take a picture of Brian McCann’s (catcher for our Atlanta Braves) bat when we got to hold it! 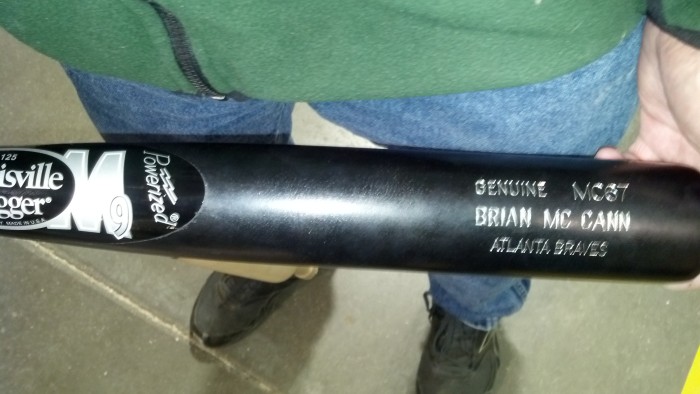 There is a batting cage for older folks and one for little guys. 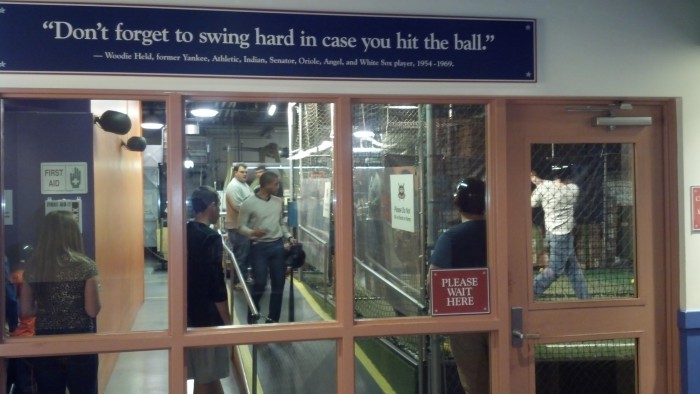 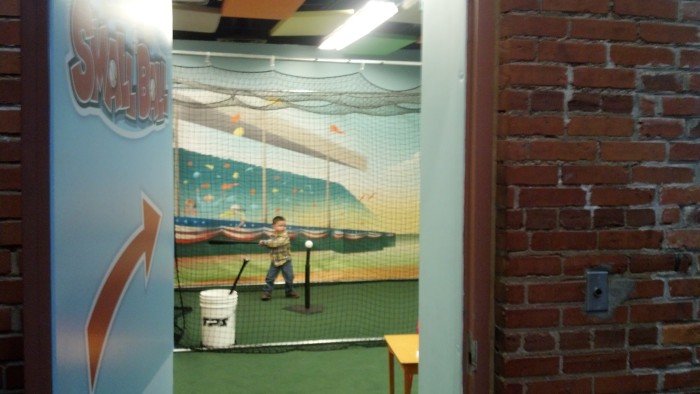 The bat outside the building is amazing.  It’s made of steel and weights 68,000 pounds and stands 120 feet tall.  The Big Bat is an exact replica of Babe Ruth’s 34 inch Louisville Slugger bat. The baseball glove sculpture inside the museum is handcrafted from 450 million year old Kentucky limestone, and weighs 17 tons. We love everything baseball so we were quite happy to spend time here! When we were leaving there was a bride outside having her picture taken by the big bat! 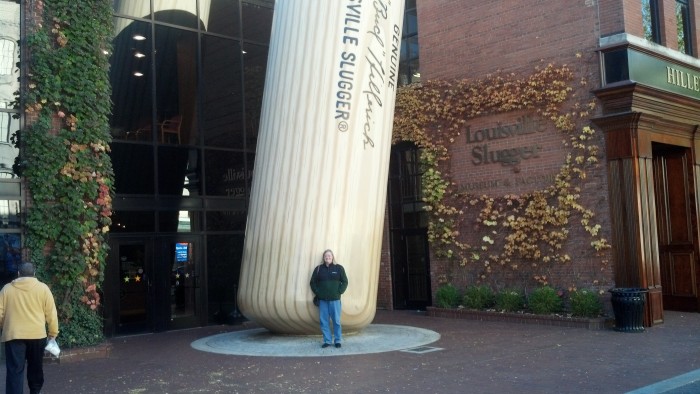 We went to the Jim Beam Distillery while we were in Louisville but all their tours were sold out so we were only able to take the self-guided tour which was nice and even included a whiskey tasting that we went to.  I chose a cinnamon flavored whiskey which actually did taste like cinnamon.  Roy chose a black cherry whiskey and he said it was okay.  We heard from people who did go on the real tour that it was fantastic so if you get the opportunity to go there make sure you make reservations on line a couple days ahead of time.  If we can find another distillery or a winery on the way south we’ll probably try to tour it. 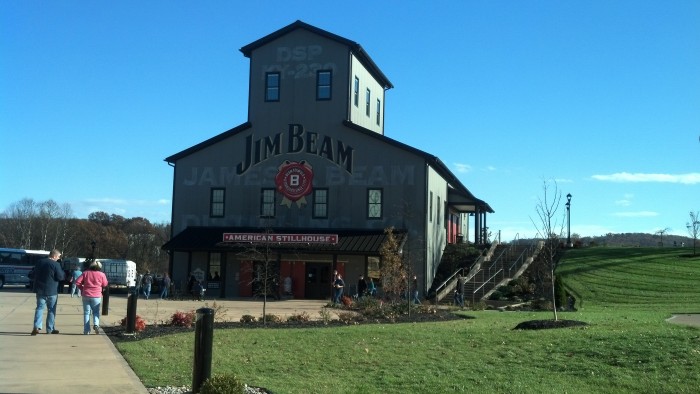 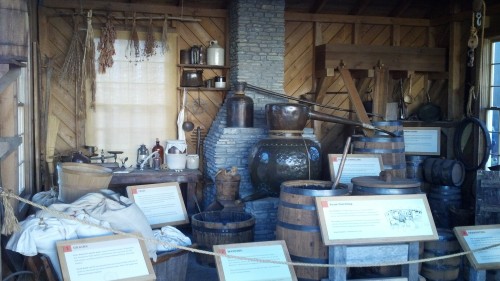 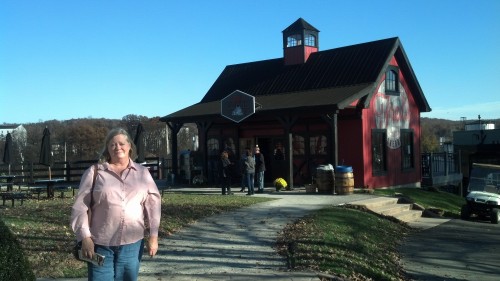 That’s it for our visit to Louisville, KY. The weather has been beautiful and we’re enjoying the peace and quiet here a lot!